Xamarin.Forms vs Android Studio: Which is the best for mobile app development?

An Integrated Development Environment (IDE) plays a key role in facilitating the software development process. There are a number of reasons to use an IDE, an IDE unifies common tasks performed by developers such as debugging, editing source code, version control, and building executables into a single environment. Apart from that, they can also increase developer productivity by integrating multiple lines of code into a single application. In this blog post, we will run a side by side comparison between Xamarin.Forms vs Android Studio.

Cross-platform mobile app frameworks are now one of the latest trends in the realm of mobile app development. With cross-platform development frameworks, developers can craft powerful and multi-featured mobile apps that are compatible with iOS, Android, and Windows devices. Xamarin is one of those frameworks. Xamarin is a great framework for C# developers since Xamarin uses C# as its codebase, they can also use .NET libraries while developing mobile apps for iOS and Android platforms. Xamarin.Form is an extended feature, Xamarin Developers can find Xamarin plugin on both the IDEs offered by Microsoft, viz. Xamarin Studio for Mac and Visual Studio for Windows. When you wish to build an Android app, you are required to use the Xamarin.Forms.

With Xamarin.Forms, developers can access built-in controls, pages, and layout to design and develop enhanced mobile apps from a single API. 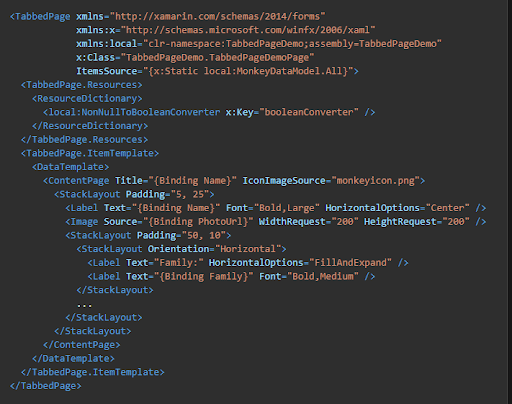 Wouldn’t it be nice if you could write the above code like this:

Android studio is a product of Google and is the official IDE for Andriod development. As such, it’s highly sure that its support will never end as long as Android apps exist. It is a one-stop-shop for building apps for Android Wear, Android Phones, Android TV, tablets and Android Auto.