Top 5 Reasons to Choose the ASP.Net Core for Web Development?

.NET is a popular software development framework designed by Microsoft exclusively for web application development. With this framework, web developers can integrate a wide range of features like cloud infrastructure support, desktop software, and other web-based services. This framework can be efficiently used for large-scale applications and is being used by many Fortune 500 companies across the globe.

Microsoft started to develop this framework in the late 90s. Their goal was to build an ecosystem that is based on a managed code, that can be executed under a runtime environment. The advent of this framework had improved the overall development experience and avoided the need for active memory management, security operations, etc.

After a decade long development, Microsoft has finally launched the first release of the .NET platform in 2002, with a core aim to target systems using windows OS and Microsoft servers. The initial version of the .NET framework offered mainly three key elements:

In 2016, Microsoft made the release of .NET Core, a new open-source, cloud-friendly and cross-platform version of the .NET framework. It was in the same year that Microsoft acquired Xamarin, a cross-platform UI framework for mobile development.

Unlike ASP.NET, ASP.NET Core can run on multiple computing platforms such as macOS, Windows, and Linux. ASP.NET core has now received a stable 3.0 release and is now a better choice for Windows-hosted ASP.NET web apps.

In this blog post, we will list out the top 5 Reasons to Choose the ASP.Net Core for Web Development?

Reasons to Choose the ASP.Net Core 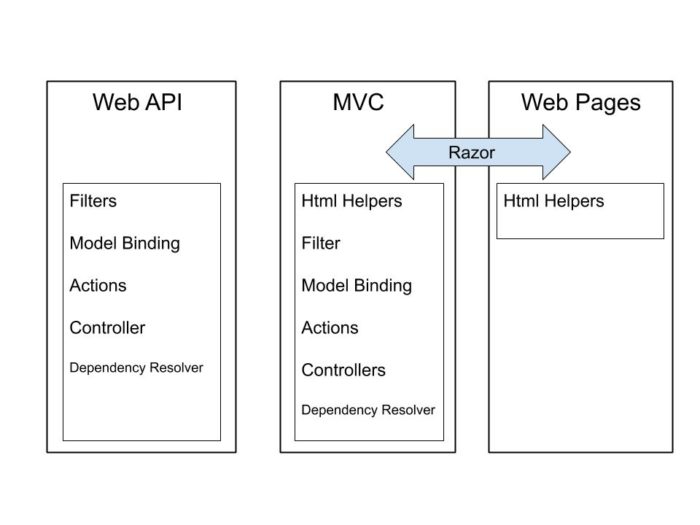 As you can see from the above diagram, the Web API and MVC have a lot of concepts in common like actions, filters, model binding, controllers, dependency injection. ASP.NET Core merged both these frameworks together to simplify the web development process.

The best part about ASP.NET core is that, by just giving an @page directive, a view would be able to handle requests directly. The requests don’t need to go through a controller.

ASP.Net Core ships with Kestrel as it defaults web server. With this addition, ASP.NET became one of the extremely rapid frameworks beating other JavaScript frameworks like Vue.js, Angular, etc.

How Kestrel handle the Http request? 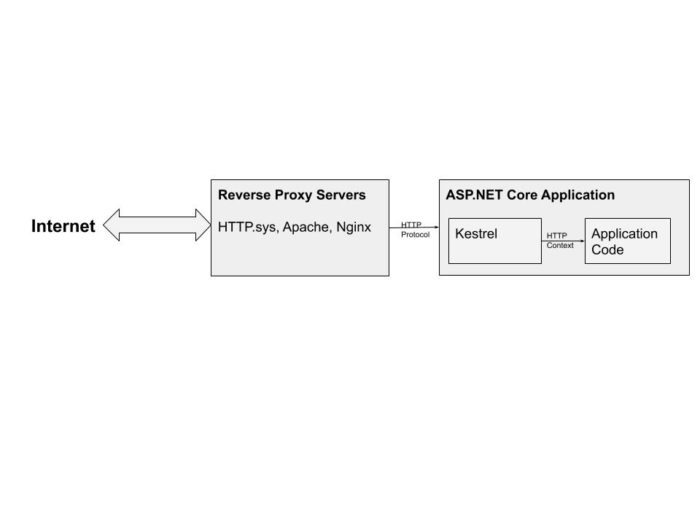 ASP.NET core has provided some key updates that significantly increased the performance of this framework:

Being open-sourced and community-focused are the two biggest perks offered by this framework. Moreover, these could make the process of web development a lot faster and smoother.

Cross-Site Request Forgery(CSRF) is an act of stealing user’s authenticated sessions to perform an uninitiated action. CSRF is among the biggest threat to web apps in today’s world. Having a framework that raises less vulnerability to CSRF attack is considered as a secure option among web developers.

We will illustrate this with the help of an example, consider that you are booking a flight ticket, in the payments page you have entered the bank details but you are not aware that an intruder has embedded code to hijack your session. After making the payment the hijacker can use this session authenticate on behalf of you.

ASP.Net Core generates anti-forgery tokens, which can efficiently contain security risks like the one mentioned above.

Besides the above-mentioned features, ASP.NET Core 3.0 has loads of other exciting features, from single-file executables to side-by-side versioning, to the ability to host on multiple web servers, and on and on… With all these functionalities and active community support, we’re sure that ASP.NET development tops among the best frameworks for web development.