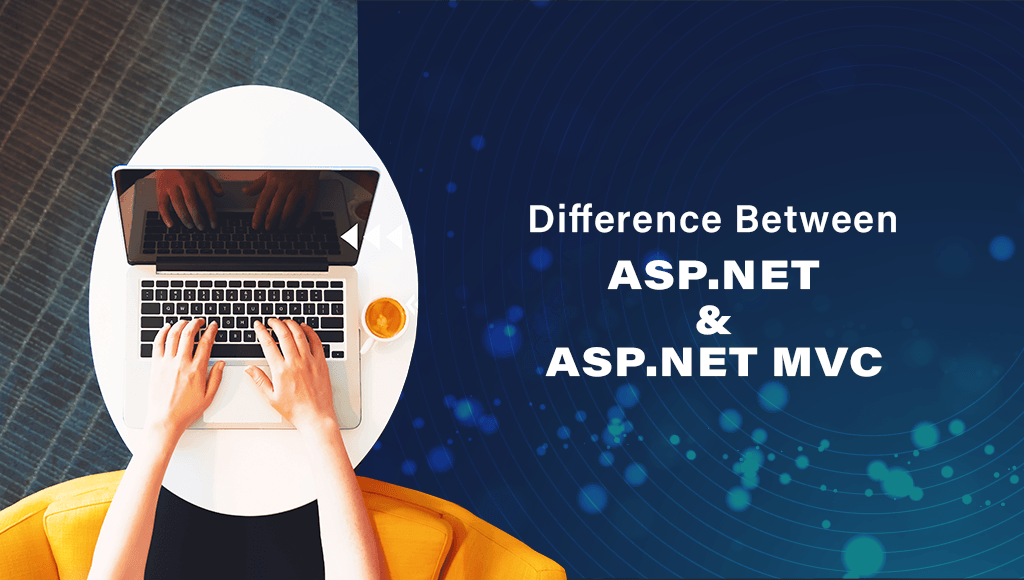 Difference Between ASP.NET and ASP.NET MVC

Microsoft is providing two methods for creating web applications, traditional Asp.net Webforms and Asp.net MVC framework. Both these methods have their own pros and cons. In this article, we will go through these difference between ASP.NET and ASP.NET MVC.

Know about the Difference Between ASP.NET and ASP.NET MVC

It takes the best from the predecessor Active Server Pages (ASP) and add many new features to make Asp.net more reliable and easy to use.These Webforms are made up of two components, the visual portion (the ASPX file), and the code behind the form, which can be occupied in a separate class file. Thus, it is easy to separate HTML interfaces from the application logic. Asp.net Webforms also provide a list of server-side controls. These controls will be rendered to corresponding HTML controls in run time automatically. Beside these inbuilt controls, third parties asp.net developers are also able to create controls that provide additional functionality.

Below are few of the advantages of using ASP.NET webforms for the Developers.

Asp.net Webforms provides a set of inbuilt controls like Grid, Buttons, Textbox etc. It helps to improve the software development process much easier and faster. A developer can easily drag and drop controls from the toolbox to the ‘aspx’ page and their corresponding events will be created in the corresponding class file. These controls can communicate with the server-side directly.

State management is the main concern of any web development process. Asp.net Webforms uses Viewstate as one of the solutions for this issue. Viewstate will store last known state of every control within the client page itself in the form of hidden field. It helps to maintain the state between page requests.

The applications based on Webforms supports the event-driven programming model that maintains the state over HTTP. There are lots of events and controls supported by Webform based applications. These Webforms applications have large tool box, and we could also integrate third-party controls.

The Model-View-Controller (MVC) is an architectural pattern which separates an application into logical components such as the model, the view, and the controller. These components are constructed to deal with the specific development aspects of an application.

Below are few of the advantages of using ASP.NET webforms for the Developers.

In MVC, controller is a separate class so that the testing can be done automatically featuring Test Driven Development. Controllers are not bound to any specific view thus, it can be reused for multiple views. Multiple views can access the same controller method, and this re-usability helps to increase product development process.

One of the main disadvantage of Viewstate in the Asp.net Webforms is that it increase the page size, as all the details about the controls in page will be created in Viewstate. So in Asp.net MVC there will not be any automatic state management which helps to reduce the page size and so gain the performance compared to Asp.net Webforms.

Asp.net MVC does not guide server controls, the simplest option available is the usage of HTML input controls, so we can be sure about final HTML rendered in the end. We can also be aware about ‘id’ of every element. And so integration of Asp.net MVC application with third-party JavaScript libraries like jQuery and all becomes very easy. This is one of the major benefits for ASP.NET MVC Developers.

Here, you have found the advantages and difference between ASP.NET and ASP.NET MVC where the developers should aware of it.