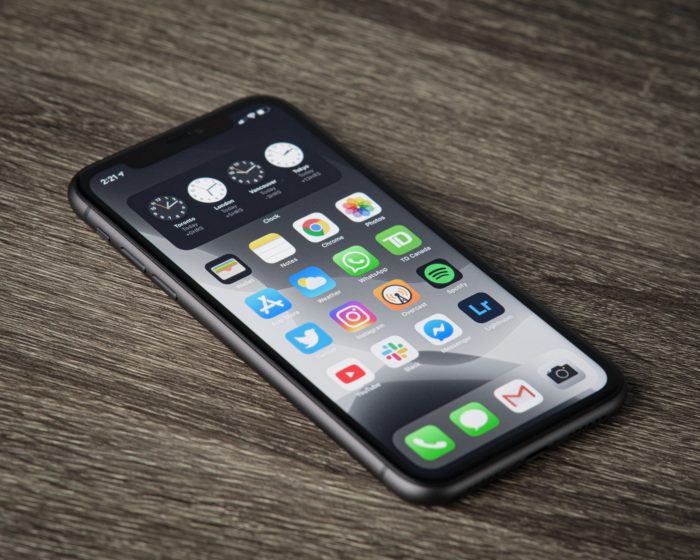 What is the Future of iOS App Development?

Over the past few years, there has been an exponential surge in the use of iOS devices. There are now more than 2 million iOS apps available in the app store for more than 50 million iOS users worldwide. With over a hundred thousand programmers enrolled in Apple’s iPhone Developer Program, it has become essential for developers to keep a close eye on what the future has to offer in the realm of iOS app development. In this article, we will explore the future trends for iOS development.

Below is the list of top iOS trends that will evolve over the next few years :

Apple products are well known for their unmatched security and strict data policies that restrict intruders from breaching into its system. Apple recently announced that they will be moving their whole Mac line up into ARM based chips which means all their devices which include Macs, iPads, iPhones, and even Apple TV will use the same chip architecture. Apple always gives more priority to its users’ privacy and always strives to build a secure environment for them. Today’s insane advancements in technology bring its own challenges, cybercriminals now have more powerful malware that can breach advanced security systems and steal sensitive data. Moreover, a large portion of customers now pay via mobile apps. To prevent data thefts and cyber-attacks, Apple has deployed the ASWebAuthentication Session, which manages the website site data and cookies while the user signs in.

One of the top trends in iOS development is Artificial Intelligence (AI) and ML. There are thousands of AI-based applications available in the app store. Each day, hundreds of new AI-powered apps are being published in it. Moreover, many companies are now releasing AI-powered iOS apps for managing their internal business process. Apple is also using Deep Learning technology to analyze user behavior and predict their needs. Hence, enterprises can significantly minimize expenses due to more accurate insights and predictions obtained from AI and Machine Learning algorithms. iOS app developers can now easily integrate ML models With Core Machine Learning. This will enable them to build feature-rich iOS apps by writing only a few lines of code.

Today, there are more iOS apps out there that can establish connections with multiple devices via the Internet. In an IoT setup, multiple sensors and chips are embedded in the physical things that surround us(temperature sensors in the room, light sensors, activity sensors, wearables, etc) each transmitting valuable data, data that lets us better understand how things work and work together. Apple HomeKit is one of those technologies and will be the next big thing in iOS app development in the coming years. Apple HomeKit is a framework that allows iOS programmers to build apps for controlling and configuring IoT enabled systems. Apps that are HomeKit enabled can control home automation accessories from multiple manufacturers and add them to the cross-device home configuration database.

SwiftUI is a user interface toolkit that allows iOS developers to build UIs across all Apple devices using Swift. The iOS developer community has always been confused between using storyboards and programmatic UI. Swift UI on the other hand is super easy for beginners to learn and yet offers the maintainability of a coded UI.

Furthermore, iOS developers can integrate this toolkit with Xcode design tools to synchronize all designs and codes effortlessly.

SwiftUI is perfect for developing more immersive user experiences such as complex animations. With SwiftUI, You can easily add animations to your work with just a few lines of code. SwiftUI can work across a variety of Apple operating systems like iOS, macOS, watchOS, and tvOS.

Augmented Reality opens up an entire world of new possibilities and there are already a lot of iOS apps that use this technology. Majority of them use AR to provide a better consumer experience. In this year alone, AR applications are becoming mainstream and are increasingly being adopted by a variety of businesses all around the world. Apart from ARKit, Apple offers various other tools to deliver seamless AR experiences for its users. They include the RealityKit framework and Reality Composer. RealityKit is a high-level AR framework that enables iOS developers to effortlessly build AR apps. RealityKit accomplishes this by fetching data from the ARKit and integrating virtual items into the real world. Whereas, Reality Composer allows iOS developers to create interactions and animations on iOS to improve the overall user experience. ARKit also has many other exciting features such as Motion Capture, People Occlusion, 3D-object detection, and much more. In order to integrate human movement into their AR apps effortlessly, developers can use Motion Capture features. Moreover, this feature has the capability to track up to three faces at a time.

From the above five trends, it’s clear that iOS app development can bring significant advancements and innovations in the mobile app development world in the near future. Furthermore, every single year Apple is adding new changes to the iOS ecosystem., IoT, Reactive Programming, Artificial Intelligence, Machine Learning, and Augmented Reality are some of the innovative technologies that have the potential to bring significant disruptions in the arena of iOS mobile app development.