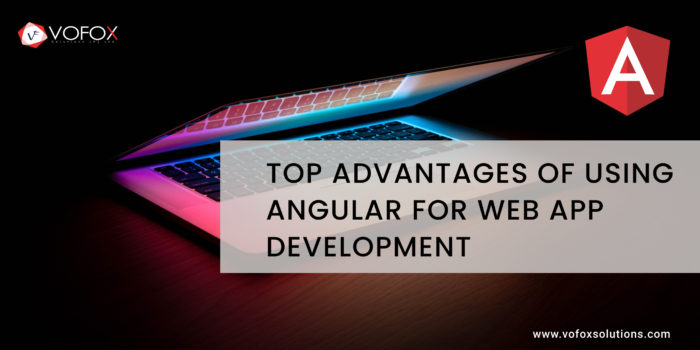 If you are a seasoned front-end developer, you must be familiar with Angular. There are always new things to learn about Angular even if you are an expert in Angular development. As you are aware, Angular is one of the most popular and widely adopted JavaScript frameworks that are available today. However, a lot of us confuse Angular as a JS library, like jQuery. Angular was first introduced by Google in 2009 and was primarily built to simplify web-app development. Moreover, Popular applications that are owned by Google are also built on this framework. Angular combines advanced features such as dependency injection, declarative templates, end-to-end tooling, and other cool features that enable developers to ship feature packed, scalable, and robust front-end web applications. Angular is pretty much similar to frameworks such as React, Ember, Polymer, and Aurelia. Being one of the highly popular and widely adopted JavaScript frameworks, Angular is used by some of the popular companies such as Amazon, Samsung, Paypal, Netflix, Delta Air Lines, BMW, Snapchat, and much more. In this blog post, we will dive into some of the top advantages of using Angular for your next Web App Development project:

The modular development architecture of Angular gives developers and designers more customization abilities. Thanks to the modular nature of Angular, developers can effectively divide their code into multiple modules and add elements that were built using other frameworks. By using Angular for your web-app development, you can efficiently reuse your code, make use of ready-made components from the Angular community and easily organize your app’s functionality. This will help you to significantly cut down your development cost, increase scalability, and significantly decrease time to market. Since Angular uses a declarative UI, it will be easier for developers to understand and collaborate efficiently. While designers can build UI, developers can focus on connecting UI components with data models by using declarative binding syntax.

Angular allows rapid synchronization between the view and the model as it is built on MVC (Model-View-Controller) architecture. The two way data binding makes the Angular development architecture simple and easy to update. The ease of development using MVC architecture makes Angular extremely suitable for building complex web applications that don’t skimp on user experience. As the data changes in the Model, it is also reflected in the View layer. Because of this two way data binding, the presentation layer of web apps can be significantly simplified. This will help developers to significantly minimize time to market as two way data binding allows them to eliminate their need to write additional pieces of code to deliver continuous View and Model synchronization.

Angular became an extremely popular framework among developers around the world right when it was first introduced. Because of its extremely huge community support, developers who are new to this technology can easily find a solution to nearly every issue they face with this technology. On top of that, Google has announced long-term support for Angular along with their regular updates, detailed documentation, and other improvements.

Thanks to its “ahead-of-time compiler”, web apps that are built on Angular offer users faster load time and enhanced security.

Because of the presence of a powerful CLI (Command-Line Interface), Angular applications are easily scalable. The HTML components in Angular stay independent based on each directive and are extremely lightweight. Therefore while scaling up the application, each section can be easily tracked and analyzed to ensure sustainable results.

#6 Functionalities out of the box

Is Angular a good fit for my next web app development project?

If you are still wondering if Angular would be a good fit for your next web app development project, below we’ve listed out a few key instances where you should consider this framework.

In a nutshell, Angular is an ideal framework for building complex web apps that don’t compromise on features. However, your web app development can become reality only if you have a team of highly skilled front-end developers who have a high level of expertise in building web applications using Angular. If you lack skilled Angular developers in your in-house team, it is better to hire Angular developer from an offshore software development company. Whereas, It is better to switch to other frameworks if your requirement is to build a simple website with static content.