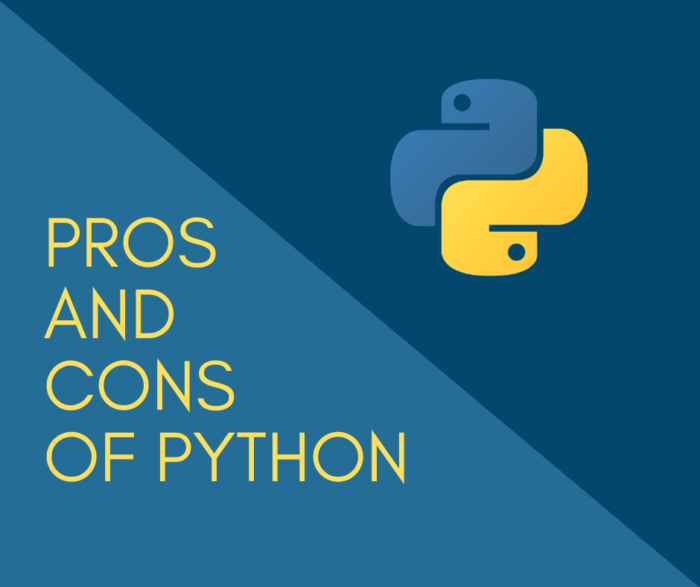 Pros and Cons of Python for Web Development

One of the world’s most popular programming languages, Python was first developed by a Dutch programmer way back in 1991. Even if it is decades old, this language is still considered as a powerful language in the tech world.

Apart from being a very powerful and fantastic programming language, it is one of the widely used languages for doing data science. Many software development companies prefer to use python as their server-side language due to its handy features and easy usability. In this blog, let’s dive into pros and cons of Python for web development.

Because of its multiple programming models, multi-billion companies like Google, NASA, Netflix, and Instagram use it for their backend development.

Python is fairly easy to pick up for those who are new to coding. You can learn this language in a matter of days if you have experience with any other high-level languages.

Python is mainly used as a backend development language and can be used with many frameworks such as Django and Flask, which makes the development time much shorter.

We will describe in detail about both frameworks below.

Django is one of the widely used python frameworks. This framework is an excellent tool to build advanced and secure web applications. Another interesting thing with Django is that it is open-sourced.

Some of the exciting features of Django are its Object-relational mapping (ORM), database schema migrations, URL routing, and template engine.

Object-relational mapping (ORM) is used by Django to map objects to database tables.

Django developers can use multiple databases with this framework such as MySQL, Oracle, SQLite, and PostgreSQL.

If you are a beginner to Python frameworks, then flask will be more comfortable for you to learn than Django. Flask uses Jinja2template and Werkzeug WSGI toolkit.

As we already mentioned, Python is very simple and easy to read when compared with other languages, this helps developers to easily debug their code. Python uses simpler commands that are pretty much similar to that of the English language.

When compared with other languages, data visualization is fairly an easy task in Python. This helps web developers to more efficiently comprehend data and visualize it in a way that is easy for users or clients to understand.

Because of its good readability, developers can easily understand the code written by other developers. This makes communication more agile between developers working on the same project.

Python provides plenty of libraries that includes areas like operating system interfaces, Internet, web service tools, protocols, and string operations. Since codes are prewritten in these libraries, developers are only required to write less code.

NumPy, SciPy, and Pandas are the trending core libraries of Python for data science, whereas Matplotlib is a Python library that is used for data visualization.

Python has an active community of developers, which can make your work smoother and faster. Apart from its large community it also offers a host of packages, libraries, and vast documentation.

As we mentioned earlier, Python is free to use. You can download its source code for free and even distribute it.

Python is platform-independent, you can write server-side code for macOS, Linux or Windows with it.

1. Not Suitable for Mobile Computing:

Although python can be used to create strong applications for both server and desktop platforms, it is on the downside when it comes to developing mobile applications. Python is rarely used in the client-side of web development applications.

While other languages use a compiler for the execution of its code, python executes its code by using an interpreter. This can affect the performance of applications that are built on this code.

When compared to other technologies, you will have a hard time to hire Python Developers since not many developers are experienced with this technology.

Run time errors are common for python due to its dynamic typing. Web applications that are developed by using python require more testing time due to its design restrictions.