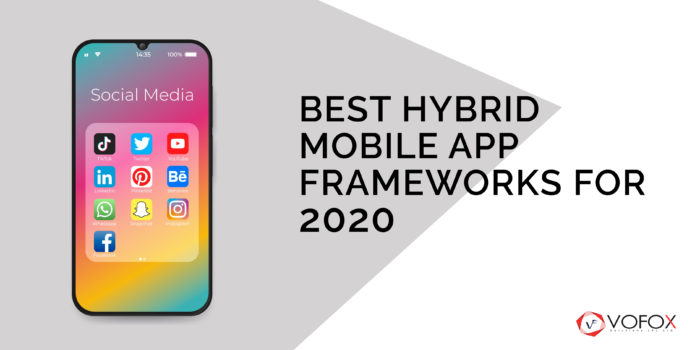 Xamarin is a cross-platform and open-source mobile app development framework from Microsoft that allows us to build native iOS, Android, and Windows apps inside the Visual Studio. This mature cross-platform technology has been around for decades. Xamarin allows you to use the programming languages of the .NET framework such as C# and F# to build native UIs for iOS and Android devices. When it comes to building mobile apps with this framework, you can build it in two ways. You can use Xamarin.Android and Xamarin.iOS or use Xamarin.Forms if you are developing simple apps and prototypes. Xamarin.Forms is simply a Visual Studio Library that allows us to rapidly prototype or build apps with few platform-specific functionalities. Whereas Xamarin.iOS compiles the source code into native ARM assembly code. The only downside with Xamarin is its smaller developer community. When compared to other frameworks such as React Native, the development community of Xamarin is significantly smaller. Thus, hiring mobile app developers who have expertise with Xamarin can be pretty much challenging.

Let’s explore some of the advantages of Xamarin:

React Native is Facebook’s cross-platform mobile app development framework that allows you to build native mobile apps using the React library and JavaScript. React Native uses almost all the concepts that React.js uses including components, props, application states, lifecycles, etc. However, React Native won’t be a perfect fit if you are planning to build a highly complex mobile app that interacts more with hardware and Native APIs.

These are some of the advantages of React Native:

Ionic is one of the popular cross-platform mobile app development frameworks that is used to build user-friendly UIs and features. Ionic is built using Angular and Cordova and interacts directly with native SDK code.